How is it that I’m on “part 3,” and yet I hardly feel like I’ve begun? Because this is the part that, unsurprisingly, I have always been and still am hit the hardest.

My interest bordering on obsession with the Holocaust, Jews, and Israel began when I was 7 or 8 years old. I was at the school library at Holy Family, my grade and middle school, and the librarian recommended that I try the book “Number the Stars” by Lois Lowry. It’s a story of a Jewish girl escaping Denmark during World War II. If I remember correctly, I had said something to the librarian (Mrs. Hall) like I had “run out of books I want to read” because I was always, always a voracious reader and apparently because I’ve always had a bit of an attitude (haha).

I remember starting it that day and not being able to put it down. I remember that my Dad called me and my sister to dinner, and I went into the bathroom Greta and I shared to wash my hands. I remember literally sitting down on the floor of the bathroom (it was an odd bathroom, with carpet), and having to be called again and again to dinner. (Note: sorry for this next mouthful of a sentence, but I’m not sure how else to put it.):  I remember thinking as an (about) 8-year-old – if I was going to tell someone – namely if I would have told myself a day ago that humans gassed other humans “in bulk” – this is awful, but I thought of Sam’s Club, where you buy bulk products and not “regular size” – if I would have told myself this, I would never have believed it. Except it was true. It was real. If it were a made-up novel, it would be too ridiculous to be real. But it was real.

Even at 8, I remember very “child-like” questions that entered my mind. For example, I wondered that if the Nazis truly believed Jews were “sub-human” like they proclaimed, why would they do experiments on them? Because, I thought, if Jews are not the same, then why would they think experiments on Jews would have the same results on “real” humans? Didn’t the Nazis see the fault in their reasoning if they truly believed this?

So I begin this post with the infamous sign – “stop” both in German and Polish with the skull and crossbones (with a guard tower behind it):

“Crematorium 1” is mostly preserved in its original condition. It started operation in August 1940 in what was originally an ammunition bunker. The largest room was changed into a gas chamber. There were three furnaces or incinerators for burning bodies. After the Nazis completed Birkenau (also known as Auschwitz II, which I will cover in the next post) in July 1943, the operation of this building ended.

In the rest of this post, I’m going to post mostly pictures because this part of the “experience” was and is not only indescribable but incomprehensible, unimaginable, unfathomable
Note: The “captions” for the pictures are above their corresponding picture.

Sign/plaque when you walk into the building (English and Hebrew on purpose):

Actual canisters that contained Zyklon B, a pesticide used for killing people in the gas chambers:

The gas chamber itself: 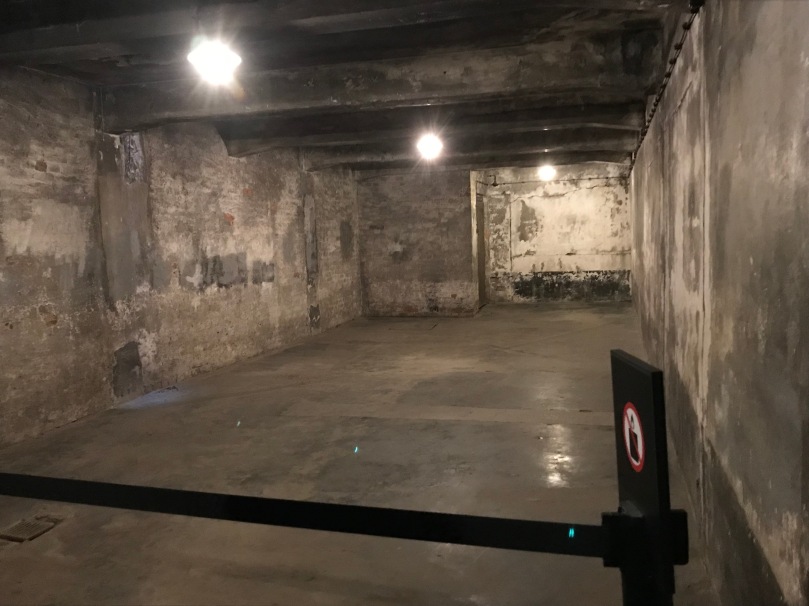 Hole in the ceiling where the Zyklon B was inserted: 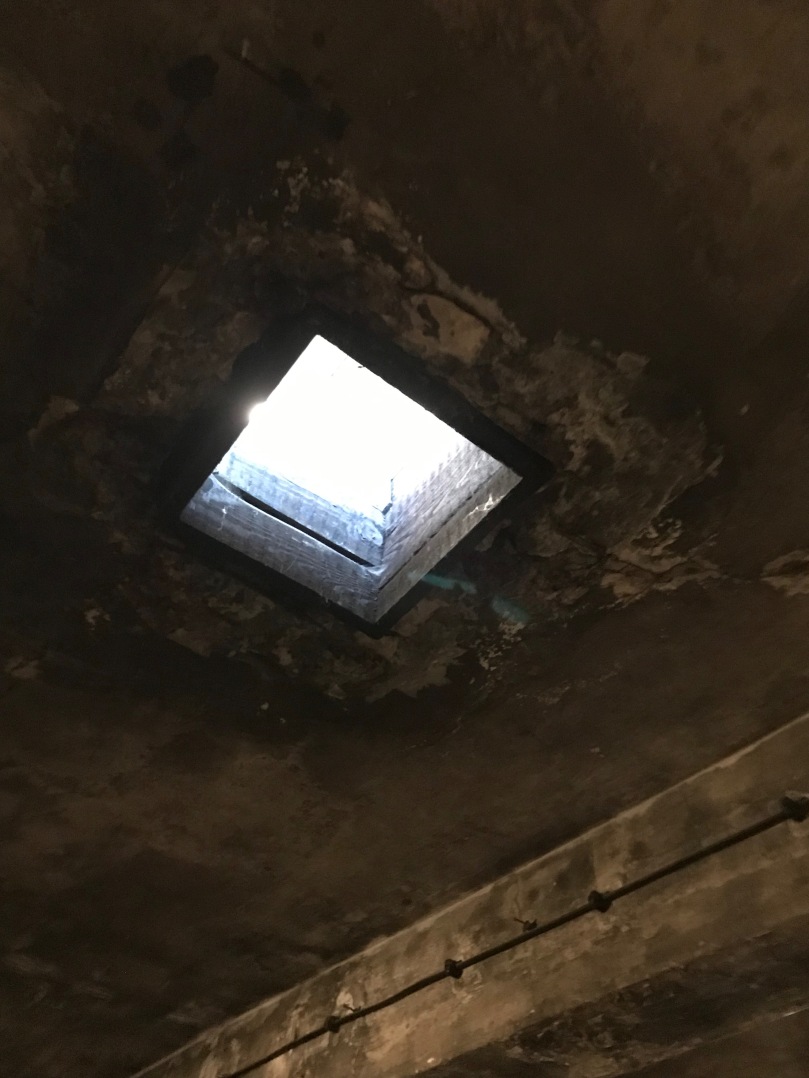 And I’ll leave you with a  picture of the fencing containing “Auschwitz I”:

Hi, I’m Erica, but you all know me if you’re reading this.